Towards the end of 2016 I sat, dumbfounded, unable to cobble together thoughts that weren’t alternately angry and helpless, or weren’t internal pleas for relief from who-knows-where. A certain level of resigned what-the-f*ck-ness filled and somehow glued me to my spot, writing blocked, spirit dampened.

In December, hoping to move some energy, release some creative something…hoping to get my body out of a place where my mind sat traumatized, I planned two trips to Africa. If there were any hopes of surviving the next 6-12 months (let alone the next 4 years) in this new version of the land I call home, this year would require open spaces, breathtaking nature, empathy, awe, wonder and adventure…

But first, we marched. We marched, some wearing pink hats and some carrying rainbow flags; some hoisting signs and balloons and banners… I didn’t want to go; because a Women’s March seemed exclusionary to me (little did I know what was to come in the following months), but a small-yet-persuasive band of male friends, gay and straight, helped change my mind. I was marching for freedom of speech and body; for the rights of my friends near and far; for equal pay and equal respect and equal human-ness, regardless of colour, accent, sexual preference… I marched because in some ways I felt guilty to be among the privileged whose marriage or healthcare or way of life wasn’t immediately threatened by the disease now infecting the White House. I marched in solidarity. I marched to say f*ck you to the orange disaster.

And for a few weeks, it felt good to be outspoken about politics. And it felt okay to write some things and get some of the crushing inertia off my chest. And, slowly, like an ice floe might creep up on you to encase your ankles in its bone-chilling grasp, it became horrifying to read the news. Because Russia and misogyny and pee tapes and climate deniers and North Korea and Access Hollywood and lies and propaganda and golf outings in lieu of job responsibilities and resignations and firings and more lies…Look! Squirrel!

I lament that we’re in a time where one must be a carefully-crafted brand to get noticed; when quantity (of likes) wins over quality (of most everything); how the president of my country governs rules in 140-word gibberish, his sycophants eating up the doublespeak and rhetoric.

So, when January came and went, then February, and planning was in full gear for Africa trip #1 and Turkish Airlines changed my return flight to include a 2-day layover in Istanbul, I considered it a bonus. More-so in hindsight, now that my passport is worthless there. For the record, Turkey is gorgeous. 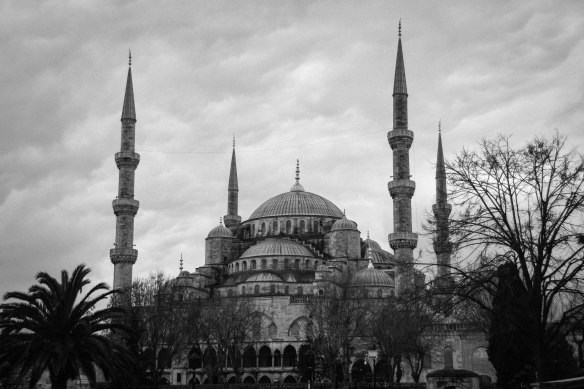 Despite the political climate, I was determined to squeeze the most from this year. 2016’s angst would not become 2017’s tumour, if I had anything to do with it. And so 2017 was dubbed Year of Africa (tho only 2-1/2 weeks were spent there in total) …a series of adventures designed to escape a weirdening world and celebrate a half-century on it.

Milestones: I visited 7 countries, stepped foot on 3 foreign continents, experienced myriad cultures; I saw wild elephants, lions, zebras, ostriches, warthogs and more birds than I can name; I restocked my spice cabinet with Zanzibari cardamom (fantastic) and Turkish tea (not so much), cumin from Qatar, cloves from Pemba Island. I spent my 50th birthday in Paris with a favourite human. I named a spirit animal. There’s always an elephant. 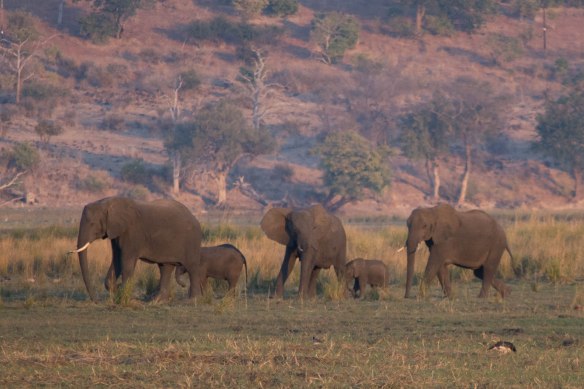 A couple of years ago, a friend asked me what I thought my spirit animal was. I didn’t have a good answer. Turtle, I wondered. I feel most free when diving. Turtles are remarkable creatures; humble and curious, diligent and persistent. Eagle? I am mesmerised by birds of prey, bald eagles most profoundly. Eagles represent freedom and power and keenness and precision. But the elephant has been a guiding light throughout my life and a recurring theme these last several years. Ganesha, my Hindu patron saint, represents the light of new beginnings; he’s the remover of obstacles. In other cultures, the elephant stands for power and strength; empathy, loyalty, wisdom… I had not seen one in the wild until this summer, yet only recently have I begun to notice the overriding ele theme in my flat. My last day in Botswana burned into my heart an experience I won’t soon forget. And so it’s now more than ever that I am humbled by the magic of elephants.

The doing part of this year was good. My hard work has paid off, duly rewarded with more work. Tho procrastination has paid off as well, rewarded with inner frustration and a book yet-to-be discovered (anyone know a good literary agent…or someone famous?). I gave my Nikon D80 to my niece and I’m excited that she’s got the camera bug too. I put more of my photography out in the world. Some of it, I’d even venture to consider decent. I feel more like a writer and a photographer than I have in ages, and with that comes responsibility: to have integrity, to resist publishing crap for popularity’s sake, to learn the difference between constructive criticism and trolling (and how to respond to each), to find my niche…

I’m ending this year feeling more vulnerable than I started. Like I’ve opened doors I need to walk through or be forever disgusted with my own inability to follow-through on something that has a 50/50 chance to end in disaster. Mind churns: What if I’m wrong? …But what if I’m right?

I’m ending this year feeling conflicted. I’m afraid that the future of intimacy might be at stake. I wonder whether all the good men are walking on eggshells each day, not knowing what to say (or what to do with their hands), lest they be branded a predator. I wonder if we’re overreacting, and in the same breath or thought, I wonder if we’re not reacting loudly enough. Yes, #metoo. And, yes, many of the most fantastic people in my world are men. Yet there are so many assholes in power who still think the rules don’t apply to them, it’s unfathomable. It’s not really all that hard, is it? No means no. Permission must be granted. Call me daft, but most women still don’t like unsolicited dick pix or catcalls or when you talk to our boobs or grab our ass on the subway or use your power to make us feel like we haven’t got any. The men I’ve got in my world already subscribe to this, yet I fear they’re the ones who will pay for #metoo exposing pervasive asshat behaviour.

And I’m ending this year more dedicated than ever to bring what I learn on the mat, off it. To think and feel and do in equal measure; balancing the head and the heart and the body to stay sane in a time where each day’s news bulletins are more absurd and frightening than the previous. To not let equanimity cancel out passion, and let iccha guide the fork-in-the-road decisions: What feels right, usually is. Right isn’t always easy. Easy isn’t always the most fun. The most fun isn’t always the right path. The right path will make itself known if you allow it. Then the journey becomes brighter…

Who’s with me in calling for peace and love and compassion and empathy and fairness and kindness and humility and integrity to be the prevailing tendencies in 2018?

3 thoughts on “Year of Africa: On wrapping up the year, elephants, and what comes next.”